Why are Microsoft and Sony using expensive NVMe drives on new consoles even though the game load times are not much improved compared to the SATA 3?

As it turns out, there exists a huge difference in the processor architecture between the console and the PC.

2020 will be a special year in the history of the gaming industry: in just a few months, global gamers will officially own and test the latest consoles from Microsoft and Sony. The power of the PS5 has been shown by Sony in a spectacular demo in May, and the Xbox Series X will be officially released on July 23.

Both will bring superior power compared to the old generation, and even threaten the PC. But in the configuration of the PS5 and XSX there is a point that can make PC "players" confusing: both Sony and Microsoft are using the PCIe 4 NVMe protocol to connect to the SSD. On PC, the difference in load times between PCIe 4 NVMe and SATA (same manufacturer, same cache capacity) is only seconds, sometimes less than a second.

It is worth mentioning that the prices of SSDs using PCIe 4 and SATA often differ quite a lot. So, why would Sony and Microsoft use this protocol, if the effect is negligible? 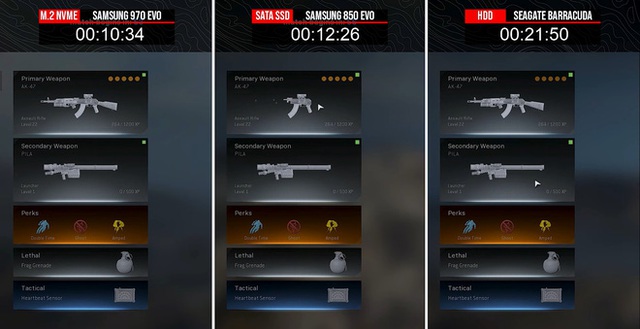 Although much more expensive, NVMe drives are not superior to SATA3 drives in game load times.

This is a question that has been posted to the Reddit forum and has received a very interesting answer from DrKrFfXx users. Turns out, PC and console (PS5 in particular) are not as similar as you might think:

PC is different. The PC has 2 separate sets of RAM, one for the system (CPU), and one for the video (GPU). So every time the GPU needs something to allocate memory, the GPU has to pull data from the system RAM. The system RAM gets this data from the SSD, and the CPU here acts as an intermediary. As such, fetching data for the GPU requires 2 more steps than the PS5's architecture, where the GPU and CPU share common RAM. 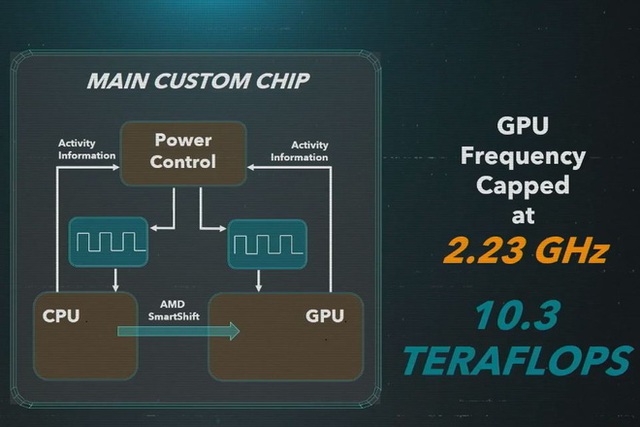 The very different architecture will help the PS5 outperform the PC in terms of processing power.

On the PS5, this chip is capable of pushing a large amount of data straight into the PS5's RAM without requiring the CPU to perform any task. Thanks to that, latency will be minimized because steps from NVMe to RAM have been reduced. The storage drive is thus "untied", allowing the difference between NVMe and SATA to be evident.

As such, it is clear that the system architecture between the PC and the console is very different. With the same specs, the consoles promise to overtake PCs in performance - at least for the foreseeable future.