GMC Sierra large pickup with Harley-Davidson large displacement brand has up to 65 upgrades compared to the standard version and goes for more than 2 billion price. 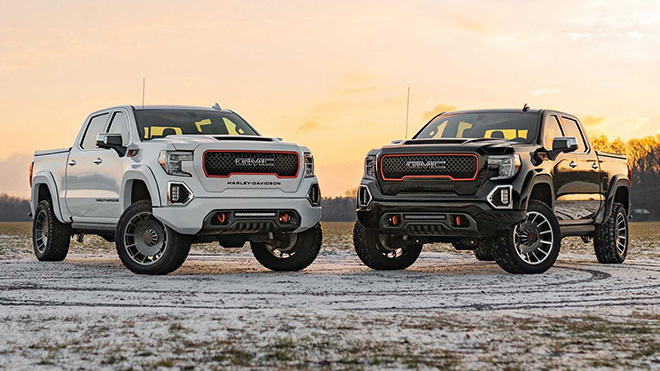 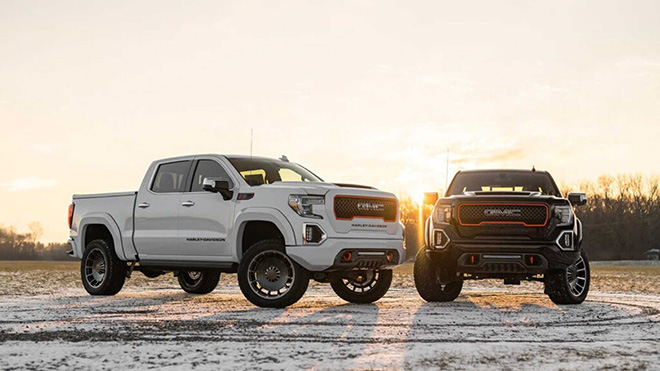 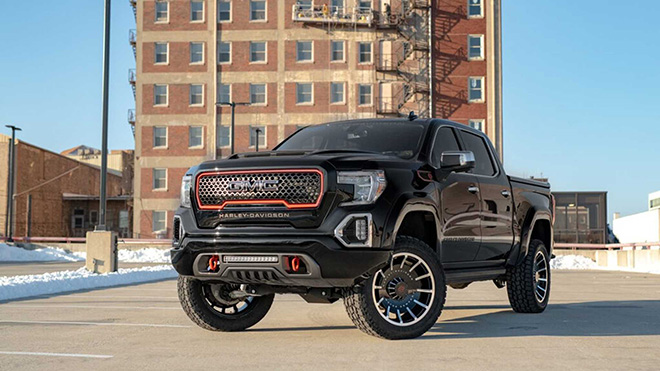 Special edition Harley-Davidson GMC Sierra will be upgraded in appearance as well as adding some special equipment. Specifically, the GMC Sierra has up to 65 upgrades compared to the standard version. Notable upgrades include the LED strip at the front bumper, prominent red chrome grille and Harley-Davidson grille to honor the American motorcycle brand.

Inspired by the Harley-Davidson Fat Boy motorcycle, the Sierra pickup model is upgraded to a 22-inch alloy wheels, electric door sills and lights and lights. At the rear, the prominent exhaust system with aluminum dual exhaust headers is arranged with integrated rear bumper. Next to it is a tank cover with the same color as the body and the logo of Harley-Davidson. 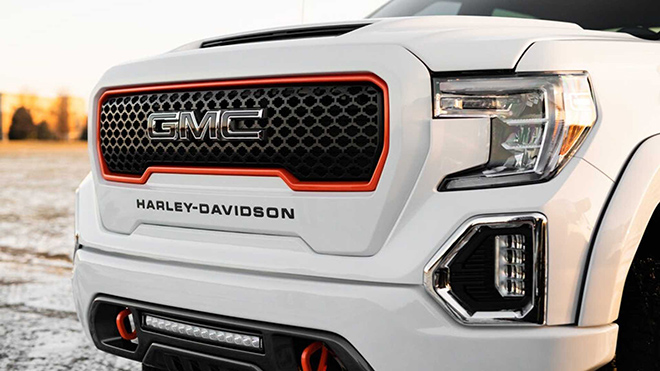 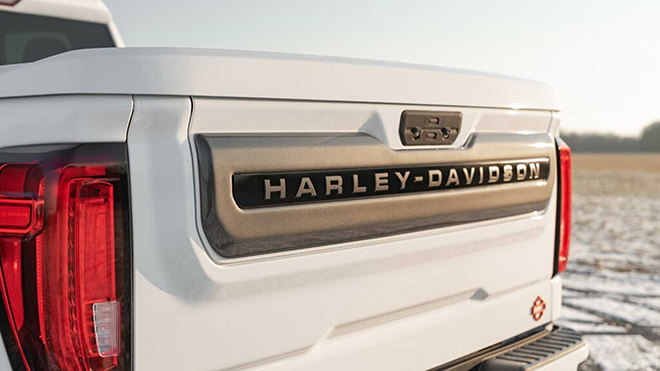 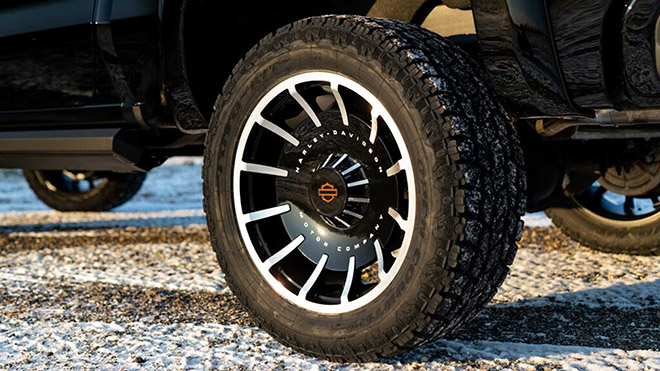 Not only has the appearance changed, the Harley-Davidson GMC Sierra is also equipped with a new BDS suspension, Fox dampers and 35-inch multi-terrain tires. Inside the cockpit, the logo of Harley-Davidson appears everywhere, the seats and dashboard are covered with leather. 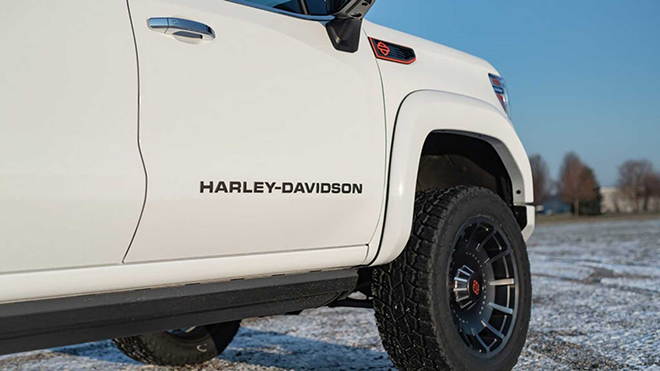 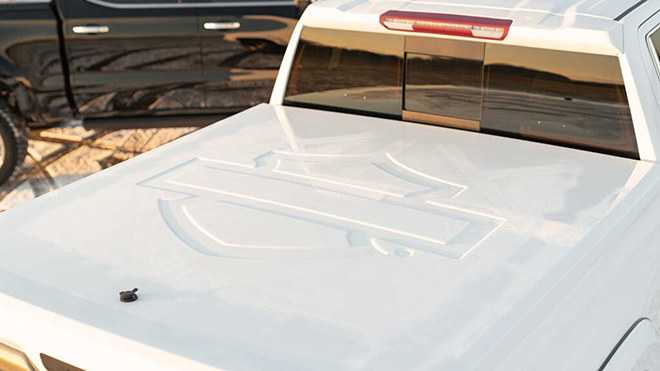 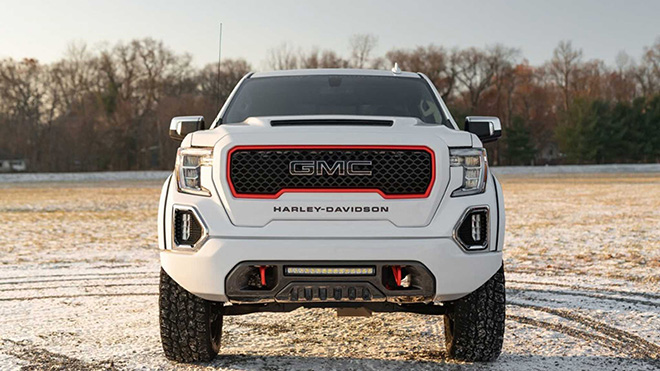 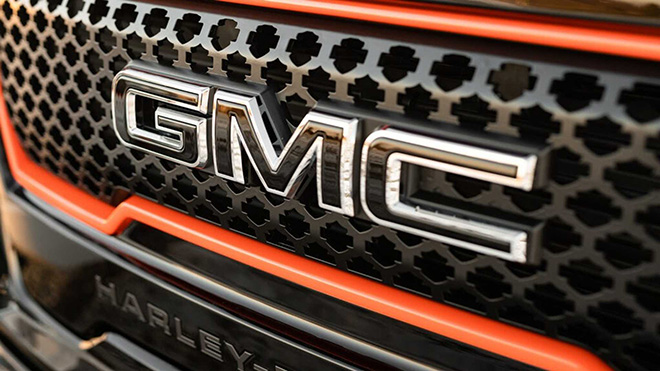 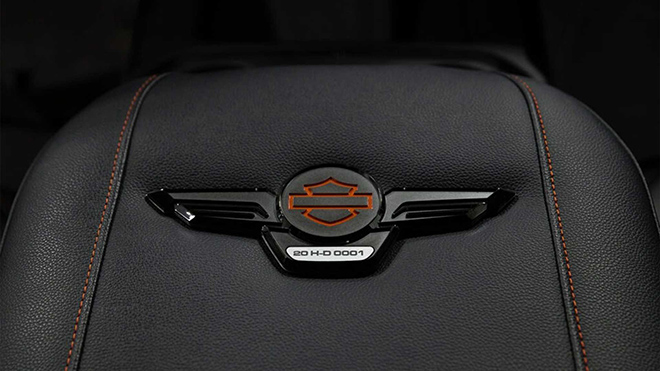 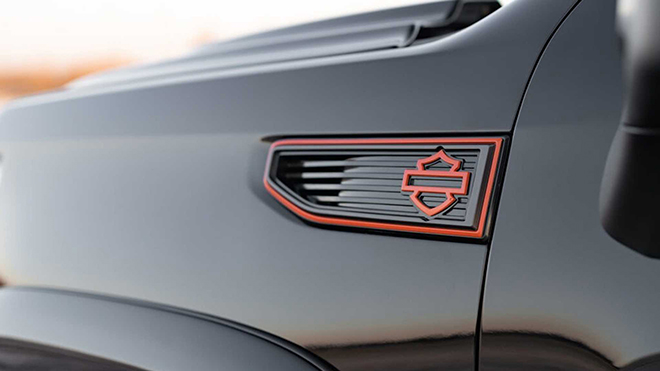 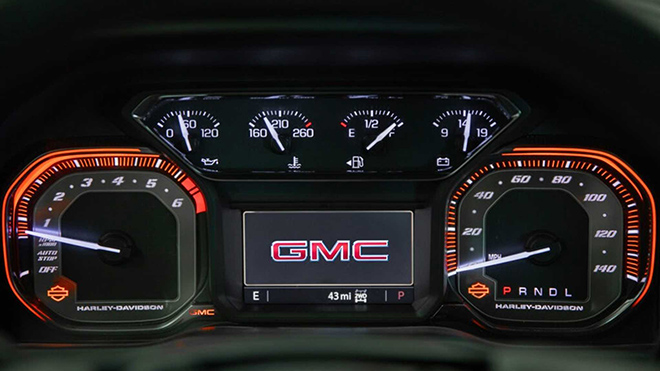