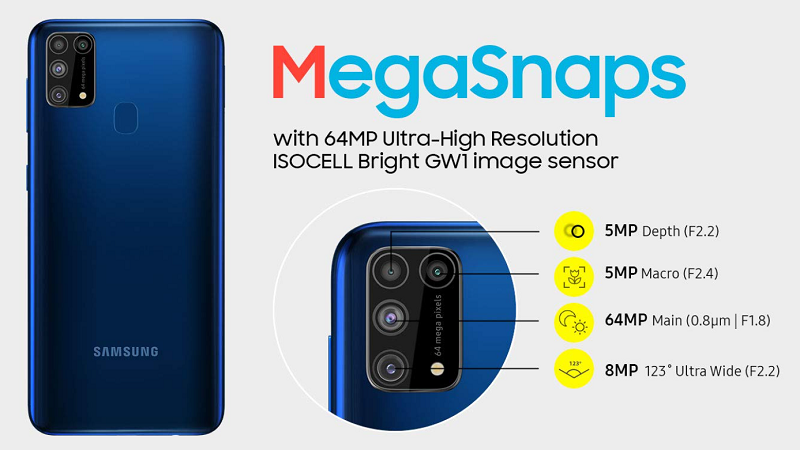 Today (10/10), Samsung officially introduced a new smartphone for the Galaxy M series called Galaxy M31 Prime . The phone has the same design and specifications as the previously released Galaxy M31 .

The back of the Galaxy M31 Prime is the appearance of a camera cluster consisting of 4 lenses: 64 MP main camera, 8 MP super wide angle lens with 123 degrees shooting angle, 5 MP macro camera and 5 MP depth sensor. The device owns a 32 MP selfie camera on the front.

The phone is equipped with a large capacity 6,000 mAh battery with support for 15W fast charging. The device will be pre-installed with OneUI interface based on Android 10. The device will be sold through the Amazon e-commerce site with Ocean Blue color version.

Galaxy M31 Prime is priced at INR 16,499 (about VND 5.3 million) in the Indian market for 6 GB RAM + 64 GB internal memory. In addition, the product also has a 128 GB internal memory version, but currently Samsung has not announced the official selling price.

Do you think Samsung Galaxy M31 Prime will be officially sold in Vietnam?